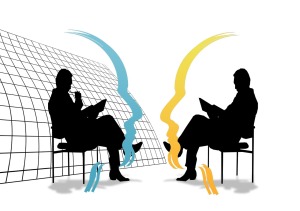 When the official statement was issued, our eyes met quickly, surprised. Then, Jenna got up and started working her way around the room with her camera. I sat still, a calm island in a sea-swell of press, my mind working a Rubik’s Cube as my fingers scrawled words in a notebook.

I looked up again and saw Jenna make the ‘cut throat’ gesture before she moved in for close-ups around the podium. Sheer madness, but she loved it. She was a beaut, capturing candid expressions that rippled across off-guard faces.

“Wow, guess we should’ve seen that one coming, eh Gus?”

I was driving so Jenna could scroll through the images. I knew she was writing the story in her head even as she looked at the pictures. We both knew Campy wouldn’t let her write it, but she couldn’t help herself. She liked being a photographer but she was itching to tell, not just to show. Me, I couldn’t decide what to do.

Without the luxury of time, I did the only logical thing; I wrote both versions of the story. Then I spent the night tossing and turning, wondering which one to turn in. Maybe both, and let Campy decide?

Next morning, a thick smear of gray-white clouds obscured the lemonade sun trying to seep through. I sipped a mug of the rich dark brew that starts my day, my tired eyes drinking in the cool greens of the backyard. Considering my options.

For months, the shenanigans of our Mayor had the press in a frenzy. I was lucky to work for a magazine with editorial standards that upheld an enviable reputation of 60-odd years. Most of the papers made political hay of the poor man’s problems. He was fat, a heart attack waiting to happen, what would that do to City Hall? Sure he liked a toot at parties, who didn’t? Now, rumours of peons smuggling in booze, drawn-out lunches, unexplained absences.

Fill-in-the-blanks stories by lazy journalists plastered on every front page. Every day a fresh burst of foolishness, to the point where some of us couldn’t take it anymore. Seniority permitting, we got reassigned to other stories.

Yesterday was an exception. We knew it would be ‘big’ and Campy insisted on his best team covering it – Jenna actually blushed when he said that. Me, I knew it was hogswaddle, but what the heck, Jenna was a good kid and she needed the exposure.

So I made my decision. Handed in my story of a beleaguered man with good intentions – the peoples’ favourite – whose weaknesses had gotten the better of him. I downplayed the previous day’s press conference with its bull’s-eye dart aimed for a quick kill. ‘Mayor ousted in disgrace’, the headlines would scream, in spite of what the press release said. My take was, respect his privacy, thank him for what he’s accomplished and leave him to wrestle his demons. The Deputy Mayor could easily hold the fort til the next election.

I sat at my desk and glanced at the small mirror perched on the corner of it. All the guys laughed. “Gus, ya barely got any hair left – why insult that poor mirror?” But aim it just so, and I could see into Campy’s office.

I watched him read, shake his head, smirk, frown, slap the pages down on his desk. He ran a hand over his face, stood up and headed my way.

“Is this really the story you want me to run, Gus?”

“Yeah, boss. A ‘leave of absence’ could mean anything. The PR flak said ‘family problems demanding immediate attention’ etcetera. It’s all in my story.”

“I read it. Not sure I believe it. And if I don’t how can I expect my readers to?”

“Yeah, she does. Ask her. I gotta go out for a couple of hours.”

Normally, Campy would’ve given me a hard time – just to look good in front of the others. Instead, he raced off to find Jenna.

Me, I had an appointment with the Editor in Chief. See, I’d done some excavating. Found out the Mayor and the Chief’s son knew each other. Quite well, in fact. Sonny hadn’t been seen in years, was living overseas; I’d heard London from some, Japan from others. But I knew different. I knew the Mayor’s list of problems was longer than most folks realized. But why kick him when he was down? Whereas Sonny…

I knew his Dad wouldn’t want anybody to know how his boy made a living. Might jeopardize the Chief’s prospects with the prime TV news gig he was in the running for. He still had some good years left and was keen to live them out in full view of an adoring public. I could care less about Sonny, and the Mayor was safely out of the way, but the Chief; well, he wasn’t as nice a guy as folks figured he was. But he wasn’t the worst of the bunch either.

Me, I was getting real tired of living with four seasons – too hot, too cold and two in-between. These aging bones of mine were hankering for a milder climate. Say, San Francisco, by the Bay. Or better yet, the new branch office in Scottsdale, Arizona – they needed a savvy Editor. Either way, I had the leverage to get what I needed.

I whistled a little tune and made a note to buy sunscreen as the elevator doors closed.

Progress not perfection - that's my goal. Live and learn - that's my motto. I like to share bits of wisdom and glimmers of insight gleaned on my life journey of 50+ years. My hope is to encourage, perhaps inspire, fellow journeyers. Each of us has something to share. Let's be generous, gracious and compassionate with one another. I am blessed to be a blessing... so are you!
View all posts by verawrites →
Gallery | This entry was posted in Authors & Books, Creative Living, Writing & Editing and tagged Leverage, Raymond Chandler, robert b parker. Bookmark the permalink.

2 Responses to Inspired by Poodle Springs (written by Raymond Chandler & Robert B. Parker)

Let me know what you think about this... Cancel reply